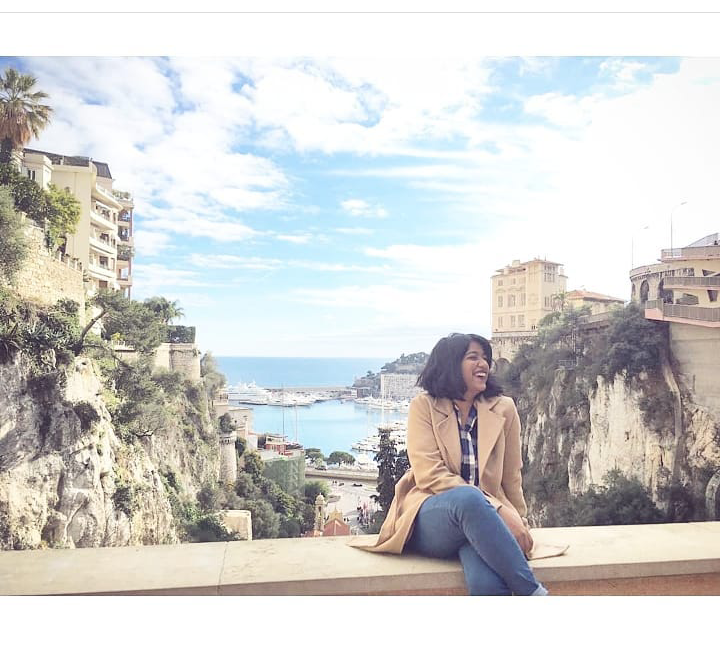 ❝To have another language is to possess a second soul.❞

Here’s a thing or two about my history with the whole language learning thing. I chose it as my career and I couldn’t be any happier. I always knew I was mathematically challenged and life would throw lemons at me if I ever dared to get into an engineering/architecture/medical school. So I saved myself by majoring in French (*smirking*) and now here I am, a satisfied polyglot, constantly learning a new language…

Speaking at least two languages in today’s world is an indispensable requirement in every walk of life. And accept it or not, the fact remains that without languages, there would be zero communication and thus no social interaction. Alright, let’s not get that far. My point is, MONOLINGUALISM IS SUCH A SAD THING! Here is my piece of advice on why you should start learning that dream language of yours today.

1. YOU BECOME A BETTER PERSON

This is so true, I swear . Being an Indian, I can tell you that living in a multicultural society has a lot of perks, but the majority of them are so because majority of Indians are AT LEAST BILINGUAL . When you learn a new language, you not only accept their words, phrases and slangs but also a part of their lifestyle, culture and beliefs . This evolves you from a narrow-minded person to an open-minded person with a nature to accept and integrate with somebody new . Brownie points for other soft skills that you adapt over the whole process .

To anyone who needs fast money and success sooner, this could give you that edge. Well, in the corporate world, speaking a foreign language is a fantabulous asset and that surely gives you an edge over other things. But what I’m talking about here is a career with languages. Teaching is obviously universally known. But a lot of people undermine the profession. Teaching a foreign language can actually take you places. But with a degree or high-level competency in languages, you can enter the world of diplomacy/ international relations, look for opportunities as a translator, interpreter, editor or get into tourism, hospitality, hotel management and so on and so forth. Or maybe you could spend a year abroad as a language assistant, like I did. Whatever you do, the payback is always amazing.

If you’re a Tumblr kind of person, words like wanderlust, travel, meditation, culture other fancy terms must attract you to a whole new level. Okay let’s keep that FANTASY based WANDERLUST aside and think practically. Going to a foreign country or a new place as a mere tourist and going as an explorer/expat with the connaissance of language are two different things . The former is mostly about Selfies, Instagram stories, touristy places and fancy things. The latter, however is the real deal : Cultural immersion, local food, international friends, new life lessons, fluency in a language and a great experience . Knowing the language of that place gives you the real experience!

4. THE WORLD BECOMES A GLOBAL VILLAGE

When you interact with different people from different cultures and languages, you change your perspective towards life and the world in general and start seeing the connection better. What I mean is, all of a sudden, every culture becomes beautiful and interesting and languages let you bond stronger. When I was not a Spanish speaker and I would listen to the Spanish music, I would only appreciate the beats . But now that I can speak some decent amount of Spanish, I can understand the music, different accents or even shows much better! Or when you don’t know French, reading the little prince would be interesting, sure. But imagine, reading it in French, would actually help you grasp the beauty of the work first-hand.

SO IN A NUTSHELL, IF YOU START WITH THE LANGUAGE LEARNING NOW, YOU’RE ONLY GOING TO BE A BETTER PERSON IN EVERY ASPECT AND THE SKY IS THE LIMIT ! ONCE THE FEVER OF MULTILINGUALISM HITS YOU, THERE’S NO GOING BACK . IT ONLY GETS BETTER. SO GO AND LEARN SOME FRENCH/SPANISH/GERMAN OR MANDARIN OR WHATEVER THAT YOU LIKE, AND SEE THE CULTURAL BARRIER DISAPPEAR! ;D