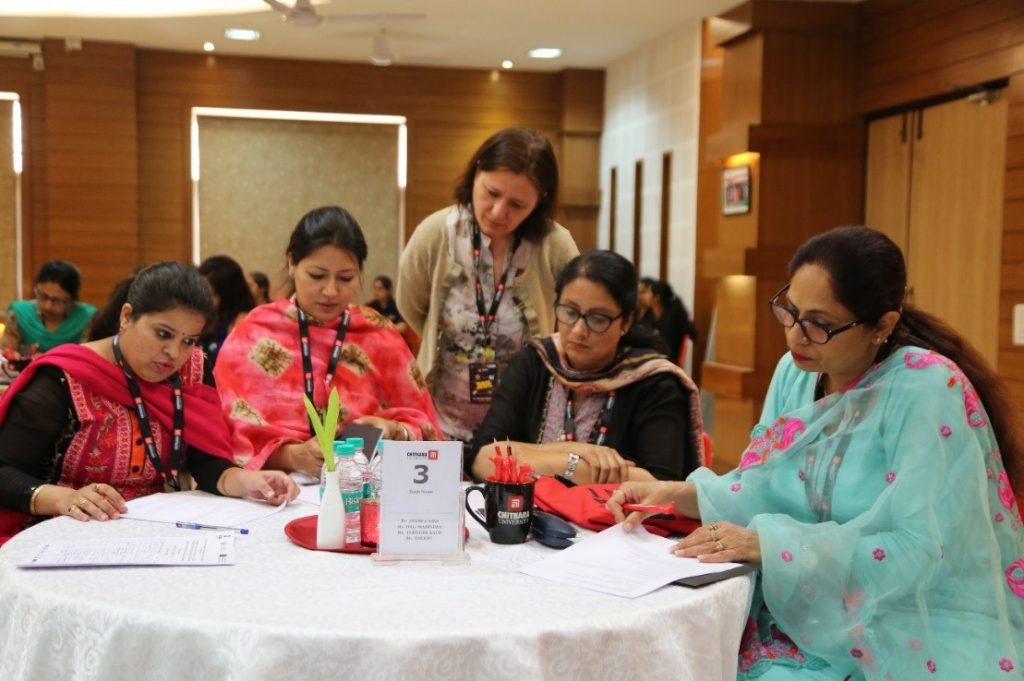 Ten different types of methodology have been noticed in terms of building Kannada. Movements, protests, reservation for Kannadigas, guardian committees, defence platforms, government policy rules are on one side to make an attempt to uphold Kannada. If this has become one way to build Kannada, to cultivate the Kannada language and to create a sense out of it is the other way. Hence, along with building Kannada from the periphery, it needs to be built from the condensed centre.

In the history of the Kannada language, Kavirajamarga2 has been used as a way to build the knowledge system for the development of the Kannada language from the centre perspective. We all know that the language of Karnataka has built its universality by merging with Sanskrit. Using the Sanskrit language, Kavirajamarga shows how to build a sense of Kannada as a ‘literary and classical language’. U R Ananthamurthy recognises Kannada as an immovable language as it has the power to build its own credibility. The modern pervasive Kannada is based on Sanskrit, which is not efficacious. Kannada is also associated with English. The connection between these two languages is not so simple. English is a European language and like Latin, English is invasive in its nature. British participation in globalization, capitalism and technology poses even a greater challenge. For the Kannada language to survive in this invasive world, it’s not enough just to have built the Vishvatmakathe (Universality) for its credibility. It requires a new perspective, a different dimension and a new phase.

If we look at our current situation of the dominance of English over Kannada, it shows the desideratum of another Kavirajamarga for Kannada. However, this desideratum does not mean that another scholar has to inscribe a literary work like Kavirajamarga. The situation demands to initiate an awareness to protect the Kannada language in Karnataka. Therefore, an attempt to rebuild Kannada is, recollecting the memoir of Kavirajamarga’s conscience. In this situation, the questions we have to ask are how we should build Kannada in the midst of all theoretical opposition, globalization and empowerment of imperial power and media crises? How does one make Kannada a language of knowledge with maintained credibility? This is the situation that the academic and cultural organizations which are working towards preserving Kannada, need to keep their central focus on. Such organizations need to rebuild their vision, respond to the challenges that the language faces and find the answer for the above raised questions. They have to fill new blood in their structure and it is high time to think about the situation of spreading the Kannada knowledge. Importantly, without compromising on the quality of knowledge and other activities that we participate in, we need to think of what kind of logic we need for understanding Kannada and move ahead consequently. When there is a question in the lead of the scholar’s community establishment to create new knowledge in building Kannada, the scholars of today should not be monolingual, instead the scholar should be a multilingual or at least a bilingual as this benefits Kannada more. To keep alive the universality that Kannada has built with Sanskrit and the present global language, specifically the knowledge system in English has to be carefully made use of to build Kannada. The multilingual and bilingual scholars’ involvement is imperative. The two extremists of enduring and opposing English as a language might be a threat to form Kannada, only as the knowledge of the language. Especially today, English is most essential in the knowledge of language. Nevertheless, we are giving more prominence to learn English for social communication rather than for the knowledge of the language. With this reason, there must be a complete change in English learning, speaking from the Kannadiga perspective. Though there is a paradox feeling against the British Empire, the imperative to use this paradox for Kannada is necessary. At this situation, along with Indian languages, foreign language association for Kannada is more useful.

Furthermore, similar to all language format there is an existence of ‘Kannadas’ as Kannada does not have singularity. The co-existence of Konkani, Kodava, Thulu and other living languages, Kannada does not forge for leadership. Though the Kannadigas and the Marathi people fought for geographical politics, translation and mutual donation between Kannada and Marathi have generated Dalit-Bandaya writings. Thus, the knowledge of Kannada can expand the horizon by involving the sounds of other communities.

The study of classical status of Kannada is decreasing in its native land. We should not lose the meaning of our lives. In order to fill in the contemporary meaning for the historical meanings, we need a philologist. Sheldon I Pollock often talks about the lack of Philologists in India. At present, we have to produce a Kannadiga philologist for the work of building Kannada. They are not language scientists. But they are language experts and apprehensive readers of texts. In order to prioritize modern Kannada and still not lose its roots, old Kannada text-experts training is required. There should also be a plan to prepare the heritage text official reader experts like experienced philosopher, folklore etc for the coming generation. Comprehensively, Kannada experts need to be able to read different types of texts meaningfully. In our times of lack of ability to read ‘Polygamy’, R. Narasimhachar, DL Narasimhachar, BM Sreekaranthayya, MV Seetharamaiah, Mullai Thimmappayya, M.Pi, a Philologist was required.

The concerns of the Kavirajamarga are not just limiting Kannada as a poetic language but also as a language of science. This requires an appropriate study to identify the possibility. If we look at the formation of Kannada, the Kannada language has become successful as the ‘language of literature’ but from the time of Navodaya writers to Navya, the review of modern Kannada prose and literature is a notable one. Here, Kannada has worked under ‘literature’ organisation; Kannada means Kannadiga literatures’ language. Today, if there is no effort to phrase Kannada as a scientific language or as a social science, it is difficult for Kannada to grow as the language of knowledge. Instead, there is a necessity of building the philosophical concept of a terminology. Although these kinds of efforts are seen in contemporary times, we need to consciously consider the project. Creation of knowledge does not take place only with one community of language. Using that language, we (kannadigas) need to develop the concept to explain our experience. The concepts borrowed from the West should be carefully prepared by the Kannadiga. In order to provide higher education in Kannadiga medium, social science, science and technology should be made available in Kannada.

Translation has played an important role in the development of Kannada. Nonetheless, most of the translations have failed in building modern Kannada as in the field of literature. Translation is not just language activity. It is also a creation of knowledge and one of rewriting. Hence, the responsibility lies on Kannadiga scientists, philosopher and social scientists. So that, whatever the discipline of Karnataka Universities and other knowledge creation organisations have, they must always aim towards Kannada.

Knowledge creation depends on the available sites. There should be a discussion on the availability of Kannada sites. Today, compared to English, around 80 percent of Kannada texts and information are not available on websites. Information about the Kannada language, ideology and life, are not commonly available on YouTube. In order to engage in writing and translating to Kannada, resources like dictionaries and more informative equipment have to be made more available on websites. From Kannada Wikipedia to magazines, this language has a major role to create knowledge.

Today, if Kannadigas do not think about the kind of media they need, to gain world knowledge, there is a high chance of failing in creating Kannada knowledge. Electronic and social media, cinema and other media, that generally play a vital role in today’s world, have to equally participate in creating Kannada awareness. Similarly, our educational institutions and textbooks have to work towards making Kannada as a knowledge language. But if we think about the life of a Kannadiga, it’s not just thinking of Kannada as a language but as the creation of knowledge. We need to dwell on Kannada geography, political system, economic policy, social wellness etc. This writing importantly concentrates on Kannada knowledge and life through Kannada language.